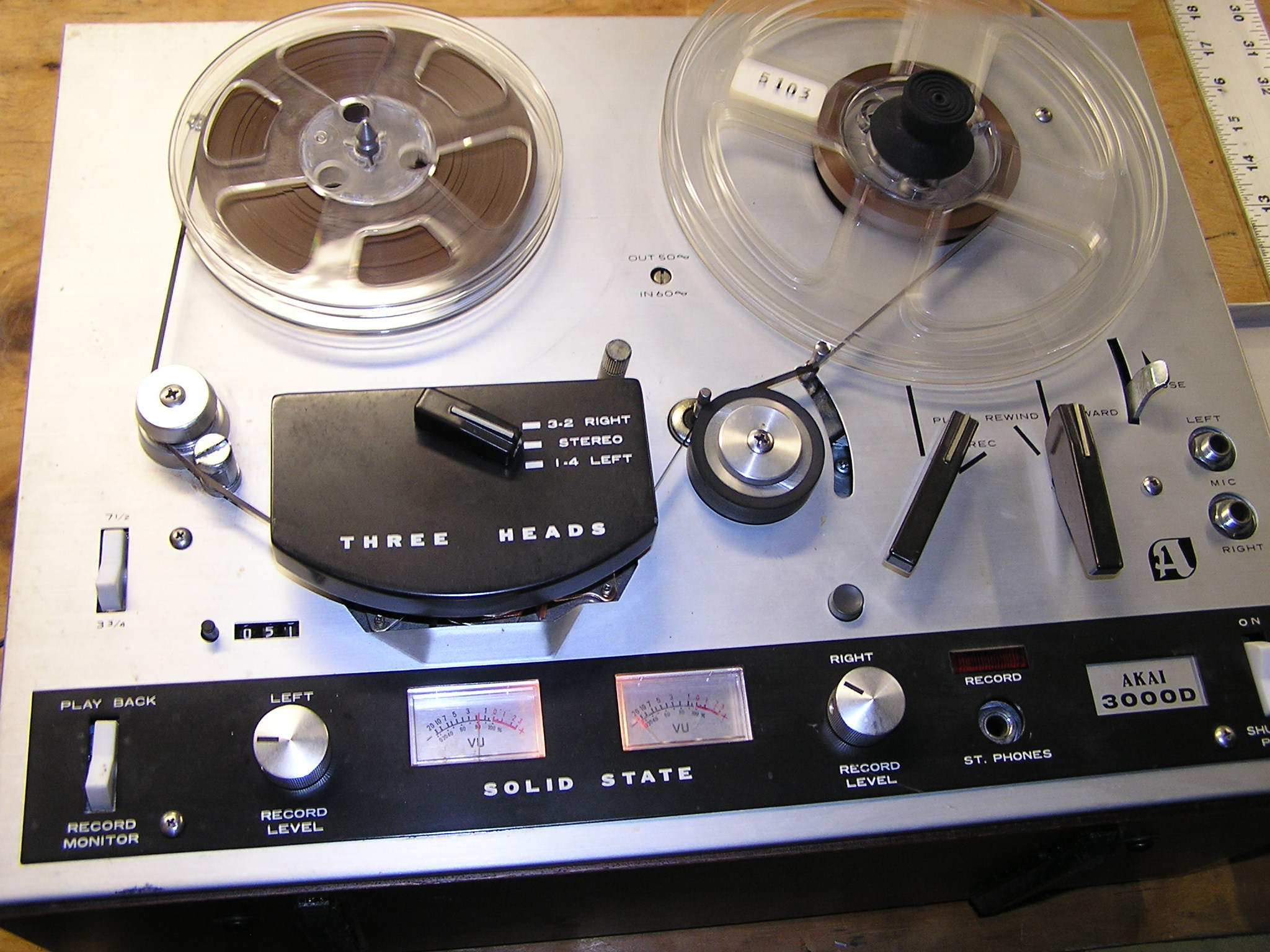 I was cleaning out the basement and uncovered a plastic tote full of old 1/4 magnetic reel to reel tapes.   I remember saving these from a dumpster 16 yrs ago when my parents were recovering from a home fire.   These were my grandfathers tapes and I just could not see them get trashed.   I had no idea how to play them so I did some searching on google and quickly found links to different reel to reel tape players.   I did not own a reel to reel tape player so I took a quick trip to the local share shop and I bought a Akai 3000D for $5.  It is huge and very heavy.

I had to oil all the spindles and cleaned the pulleys and switches.  It was  kind of a pain but I got it working pretty good after that.  This is a pretty basic tape player and it only supports two speeds (3-3/4 and 7-1/8 )  Inch Per Second (IPS).  Playing other speeds is a bit tricky but 100% possible with a computer.    I downloaded the freeway software Audacity   which is excellent and installed it on my computer.   I connected the audio output of the tape player to the AUX input on my sound card.     Playing 1-7/8 IPS tapes is possible on my tape player but I have to play them at 3-3/4 speed so they sound super fast like chipmunks.   Simply record this to the computer and then use Audacity to slow down the audio to the proper speed.   I think I slowed it exactly 50% to make the speed normal for 1-7/8 IPS.    Save the finished file to your hard drive as a WAV or MP3 file and burn it to a CD using the default Windows 10 CD burning software.  It works perfect so you should be able to play any speed tape you want without spending a bunch on money on different tape players.

Here are some neat recordings I was able to save from the early 1970’s.   These are local radio stations around the thumb are of Michigan WGER and WGMZ.