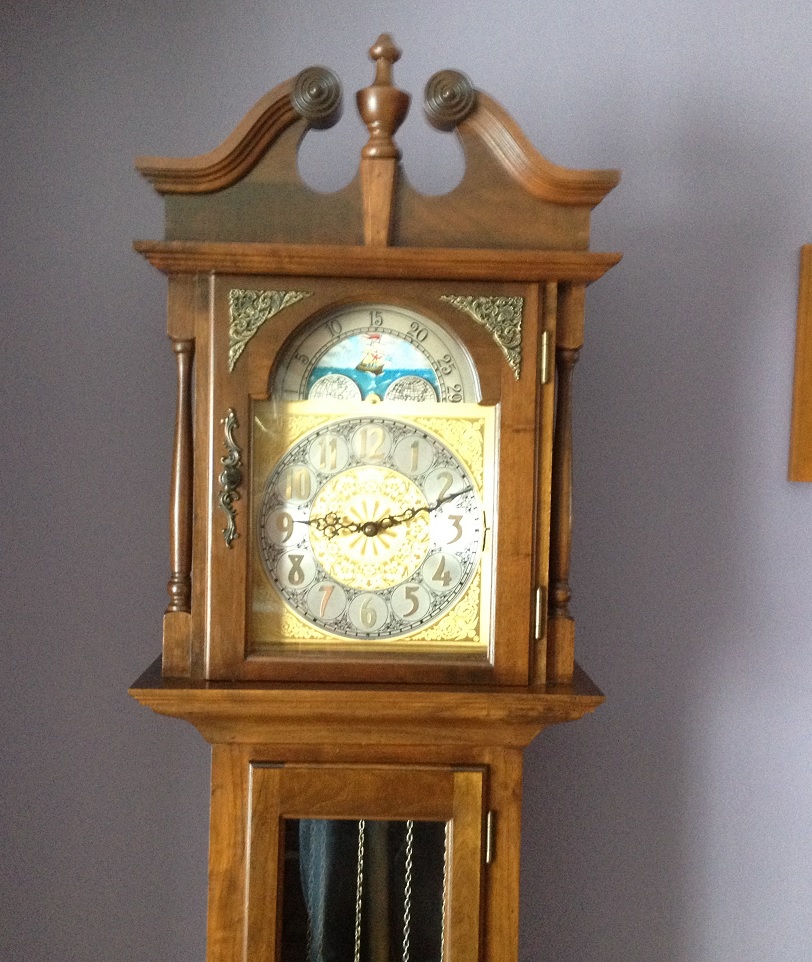 Emperor 300M Grandfather Clock
I bought this clock off craigslist for $75! It did not work of course and I knew that before I bought it. I did not know the problem but the couple I bought it from was happy to get rid of it since it was something they inherited from a death in the family. This is an Emperor Model 300M triple chime grandfather clock kit. Yes it was a kit you buy and assemble, stain, and varnish at home. Pretty cool. This one was built in 1975-76 and was well done. It’s a beautiful clock. You can still buy these today at for around $1,000 or so from http://www.emperorclock.com/. Back in 1975, these kits were only $450.
I unloaded it, set it up in my dining room, and wound it up.   It actually worked just fine (for a while)……I noticed that the hands would stop moving at the 45 minute mark every time.  Sometimes they would start moving on their own again but only after several hours later.   The clock itself never stopped ticking it was only the hands that stopped.
I started to take it apart since I needed to see if there was something physically stopping the hands.  These clocks are very simple to take apart.  You can actually remove the movement and leave the face with moon dial in the cabinet but I just took everything out to give it a good look over.  Removing the movement is easy.  First, remove the 2 hands off the face.  They have a nut to unscrew and just pull them off gently.  Remove the 3 weights and the pendulum by unhooking it and sliding it out the front door.  Remove the back cover (4 latches) and you have to unscrew the two screws that hold the chimes in.  They are heavy so remove them with care.   There are only 2 screws holding the movement in. Unlatch the 4 latches that connect the movement to the face and moon dial if you want to leave that intact, and then remove the two screws in the wooden base (see image below).   The entire movement (minus the face and moon dial) will slide out the back of the clock.  The movement should still be attached to the wooden block it sits on.   If you want to remove the entire assembly with moon dial,  you have two extra plates of wood to remove as well.  One is above the moon dial,and the other is under the movement behind the chains.
Here are the two manuals I got with the clock that show how to disassemble the clock.
Assembly Instructions Emperor 300M (1975)
Operation Manual Emperor 300M (1975) 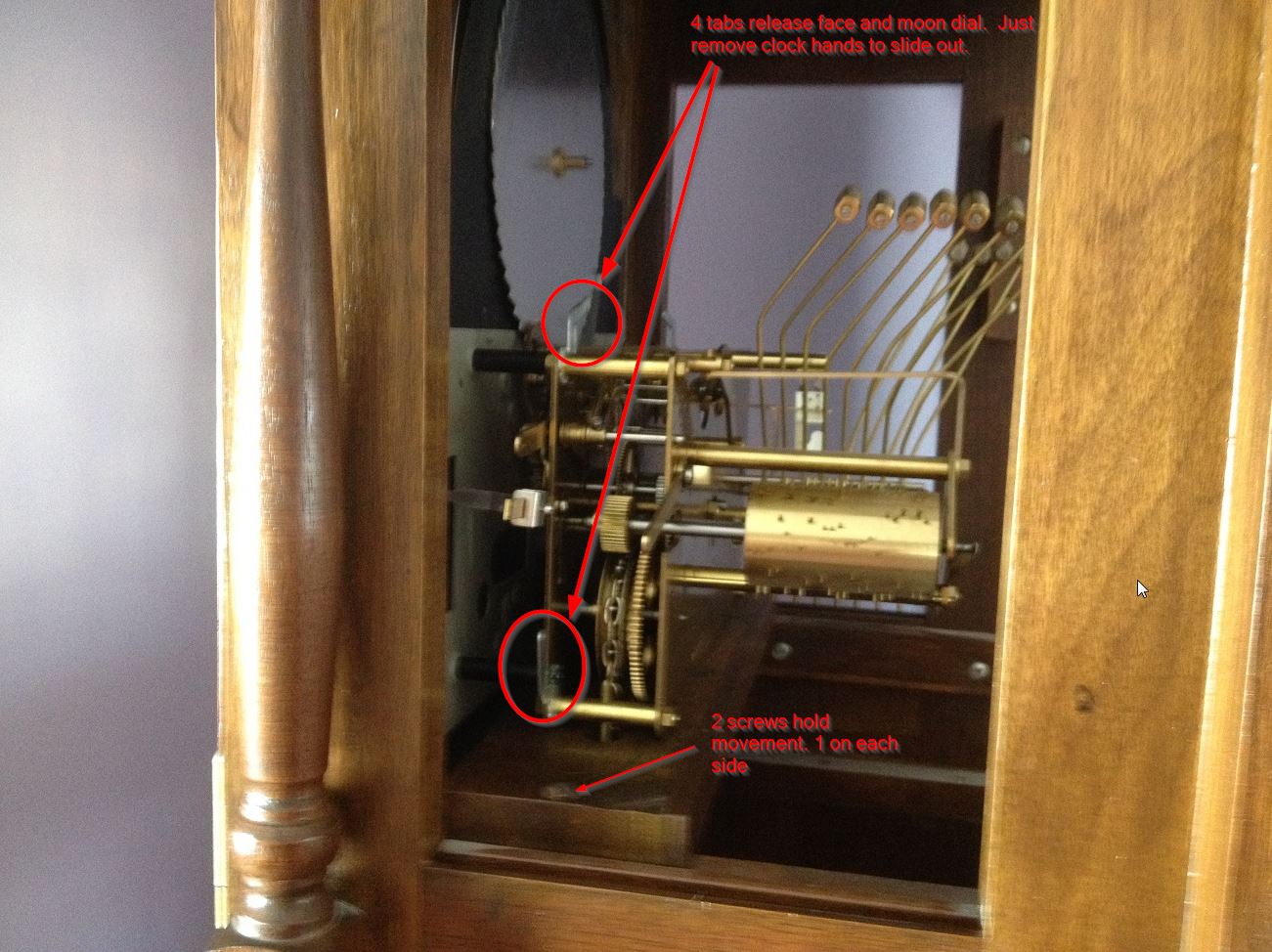 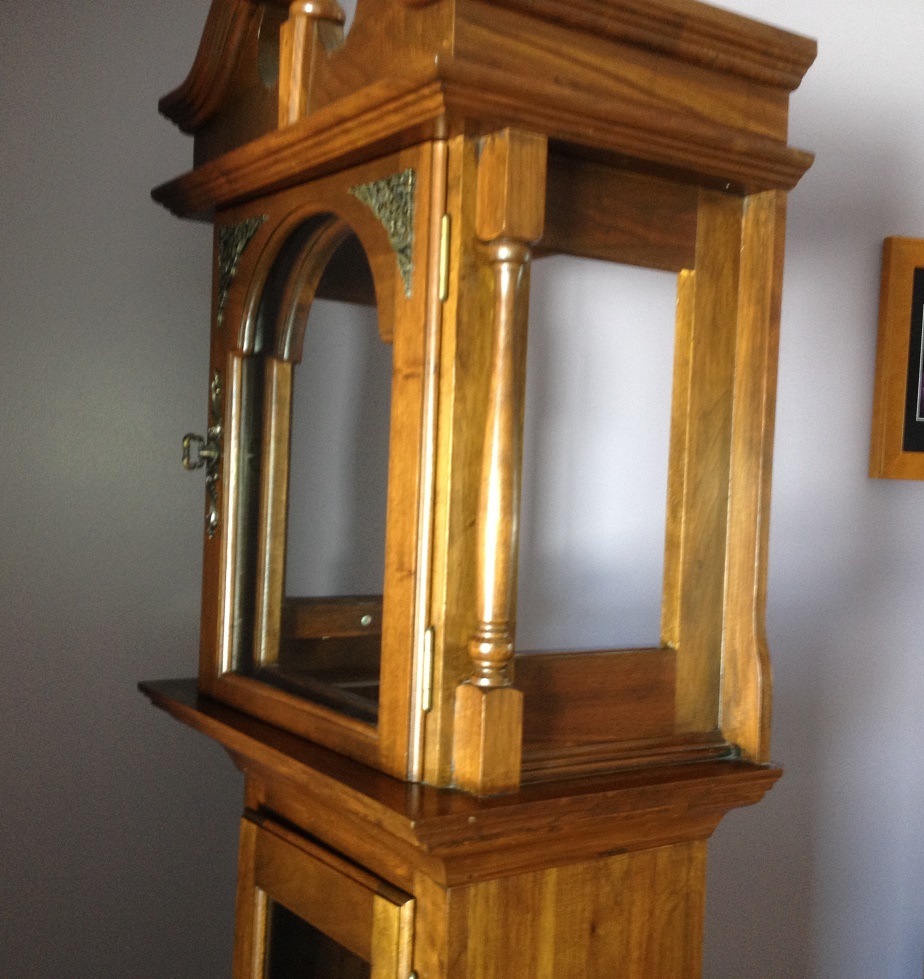 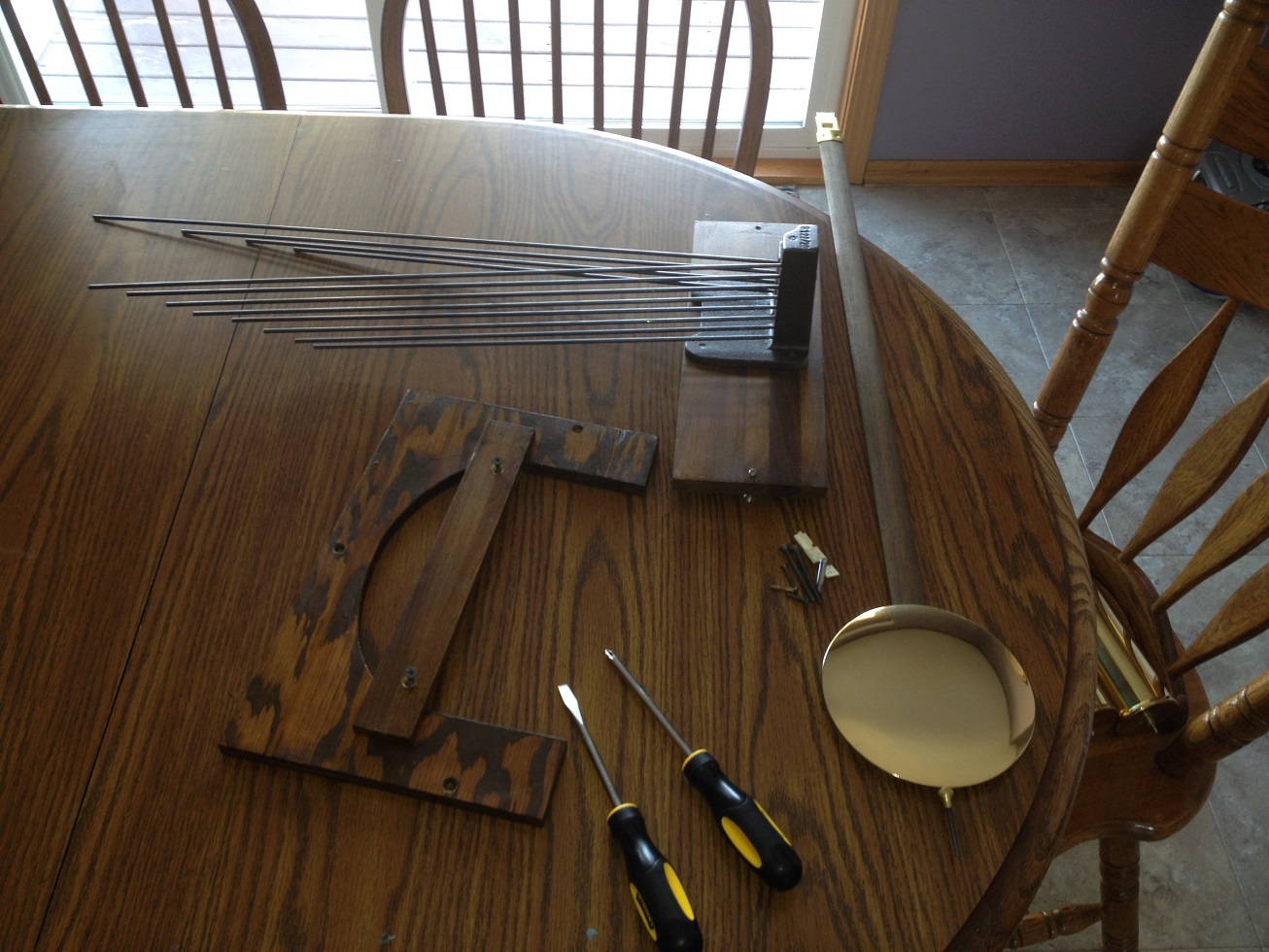 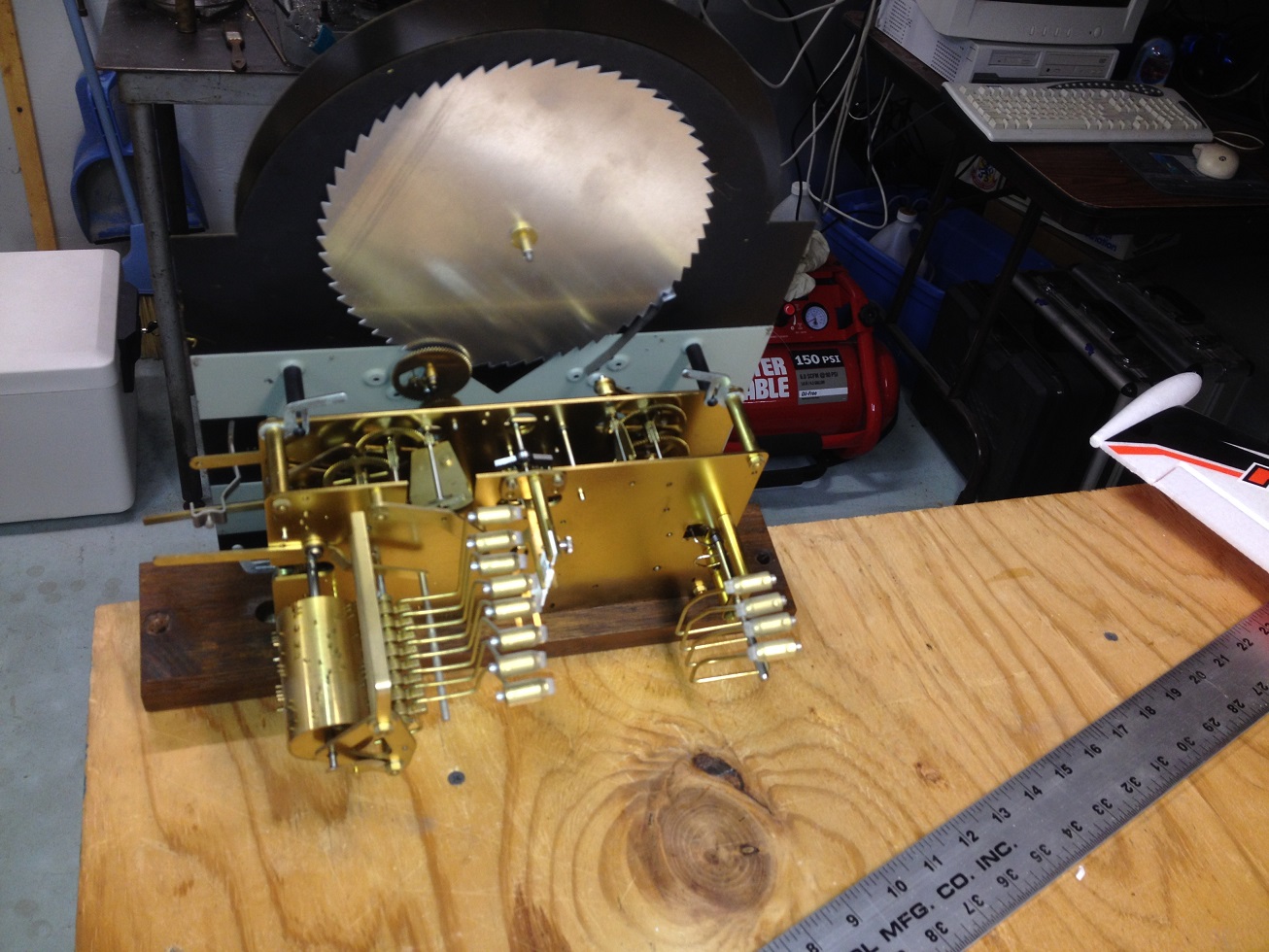 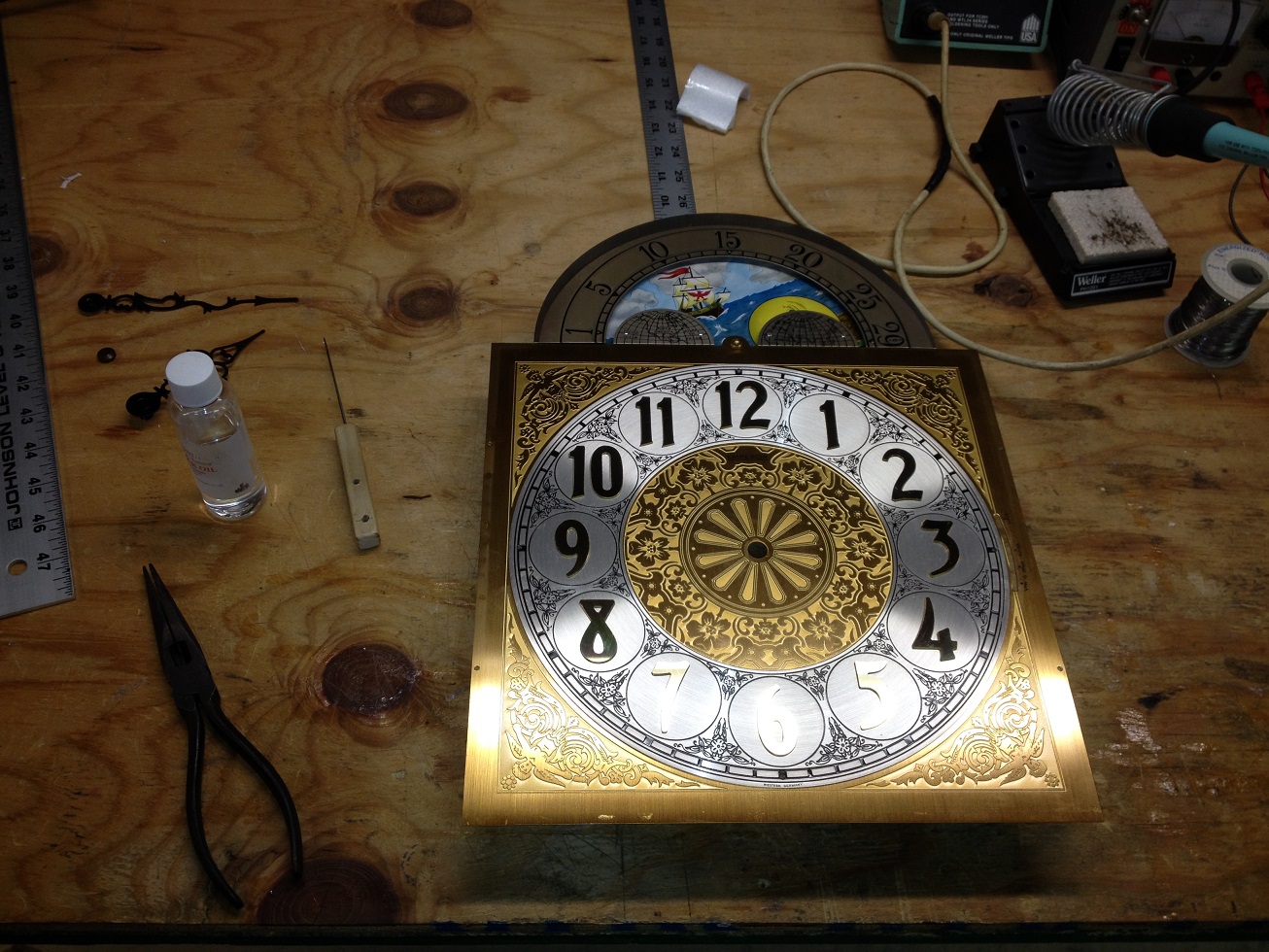 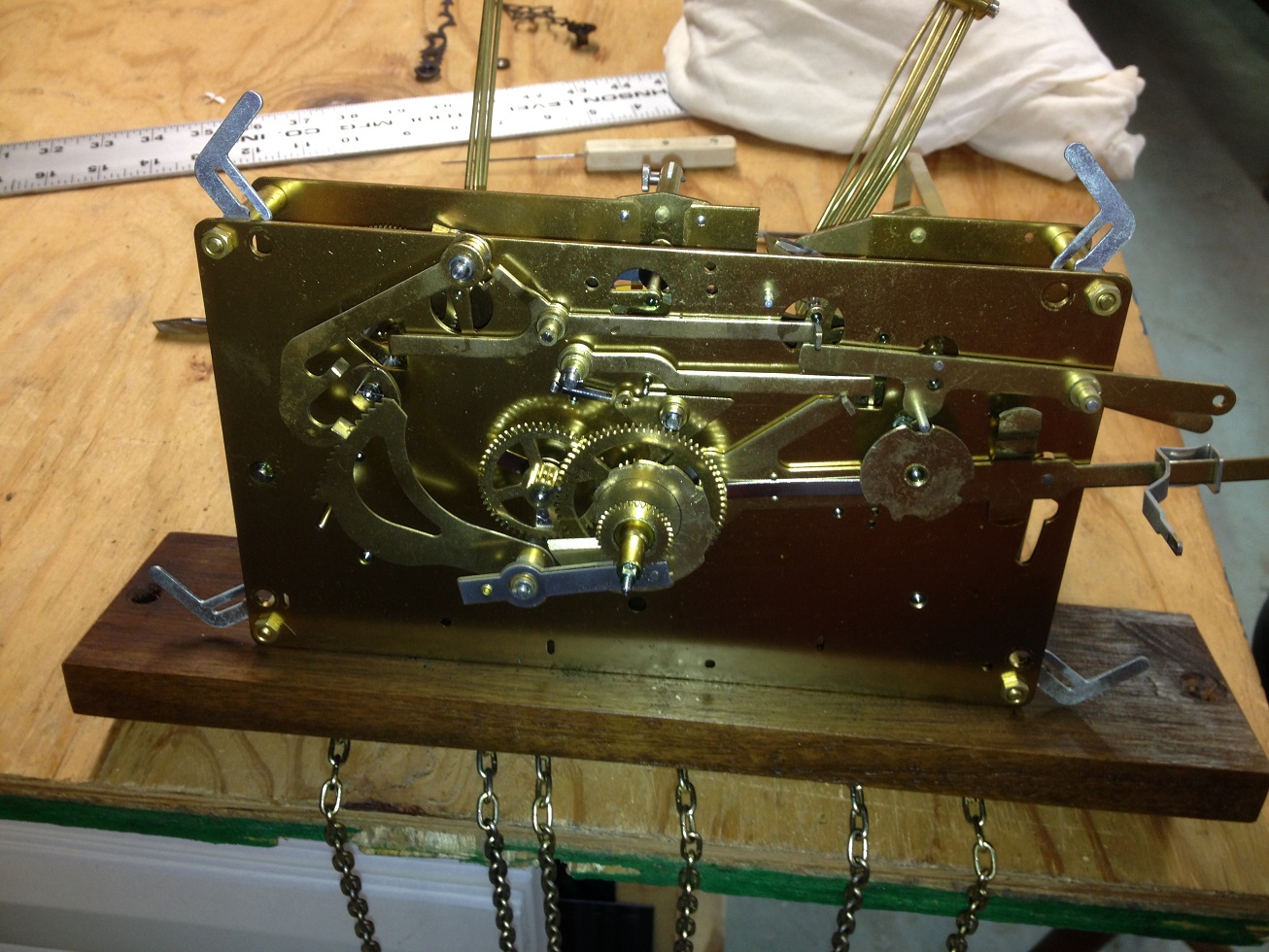 Now that the movement is out, its time to start looking around for anything broken or out of place. My issue was the hands stopping yet the clock continues to run. I looked right away at the friction clutch assembly on the front and found the problem. The friction clutch allows you to turn the hands forwards or backwards without damaging the movement. The pin popped out which causes my friction clutch to be too loose an not working. I took a pair of needle nose pliers and pushed the pin into place. The friction clutch now had more force and will engage properly moving the hands. I also looked around for worn pivot holes and did find a few. They will need repair soon with new bushings but I will wait until the clock gives me trouble again. I oiled it up and put it back together. 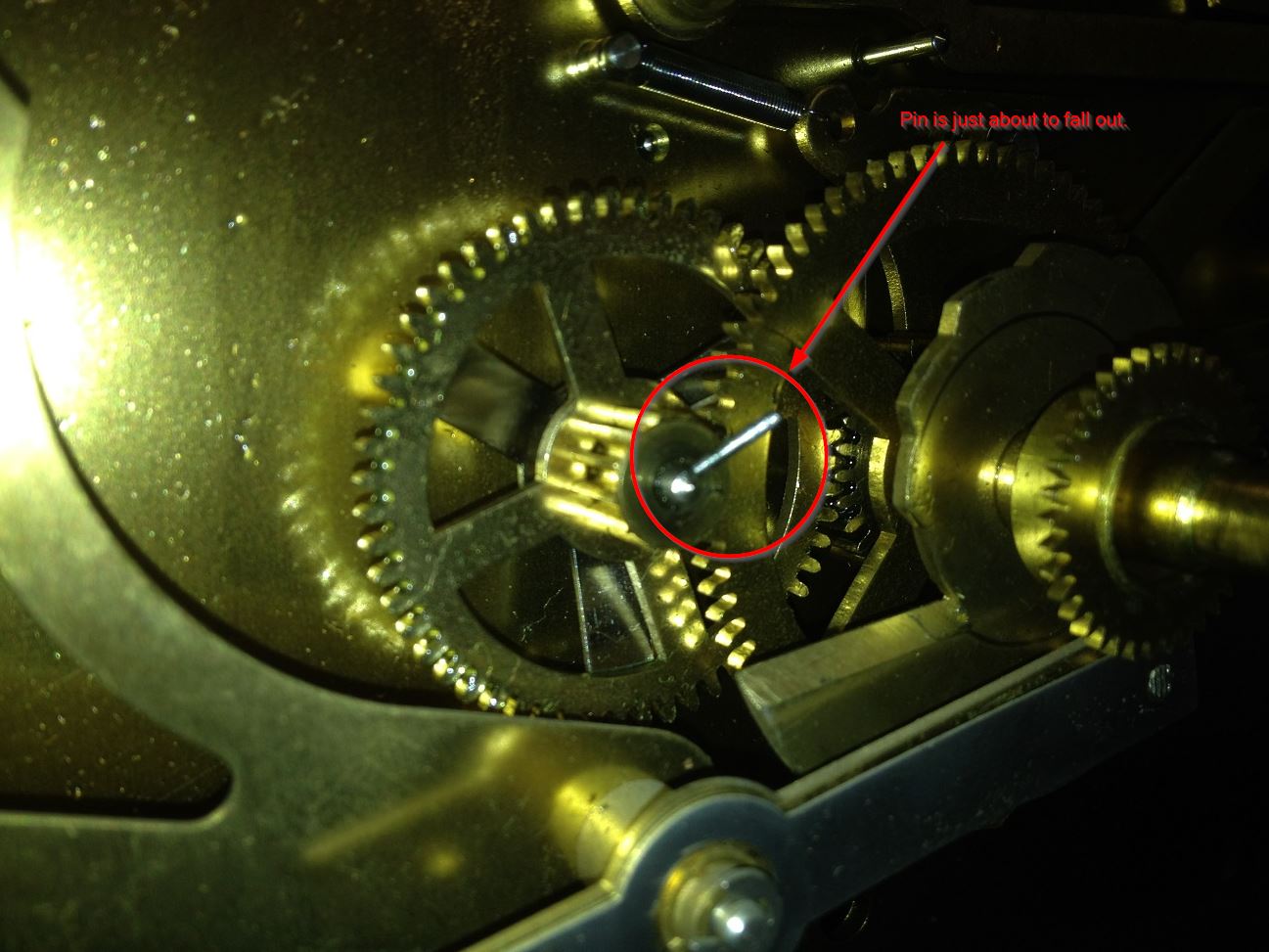 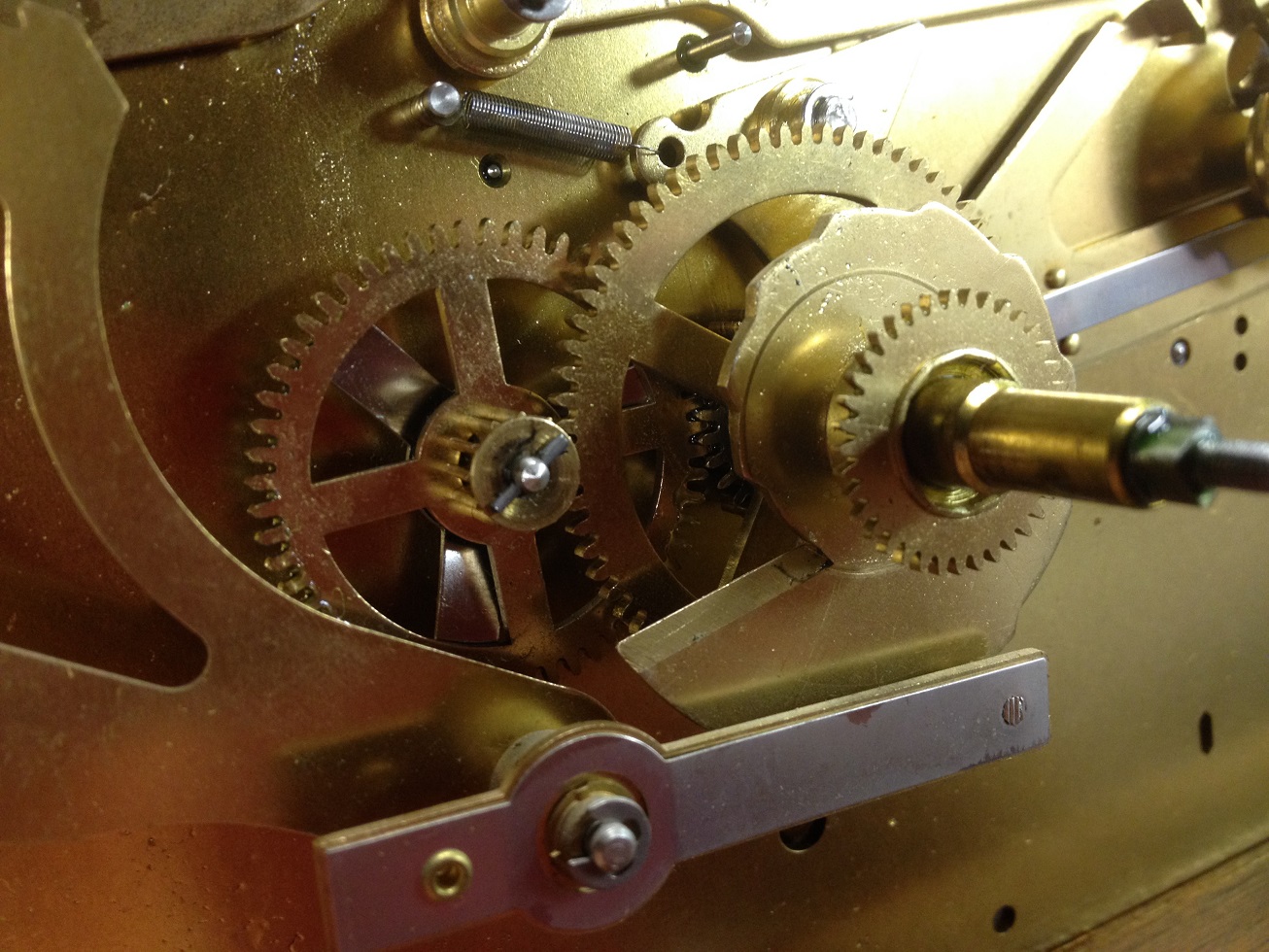 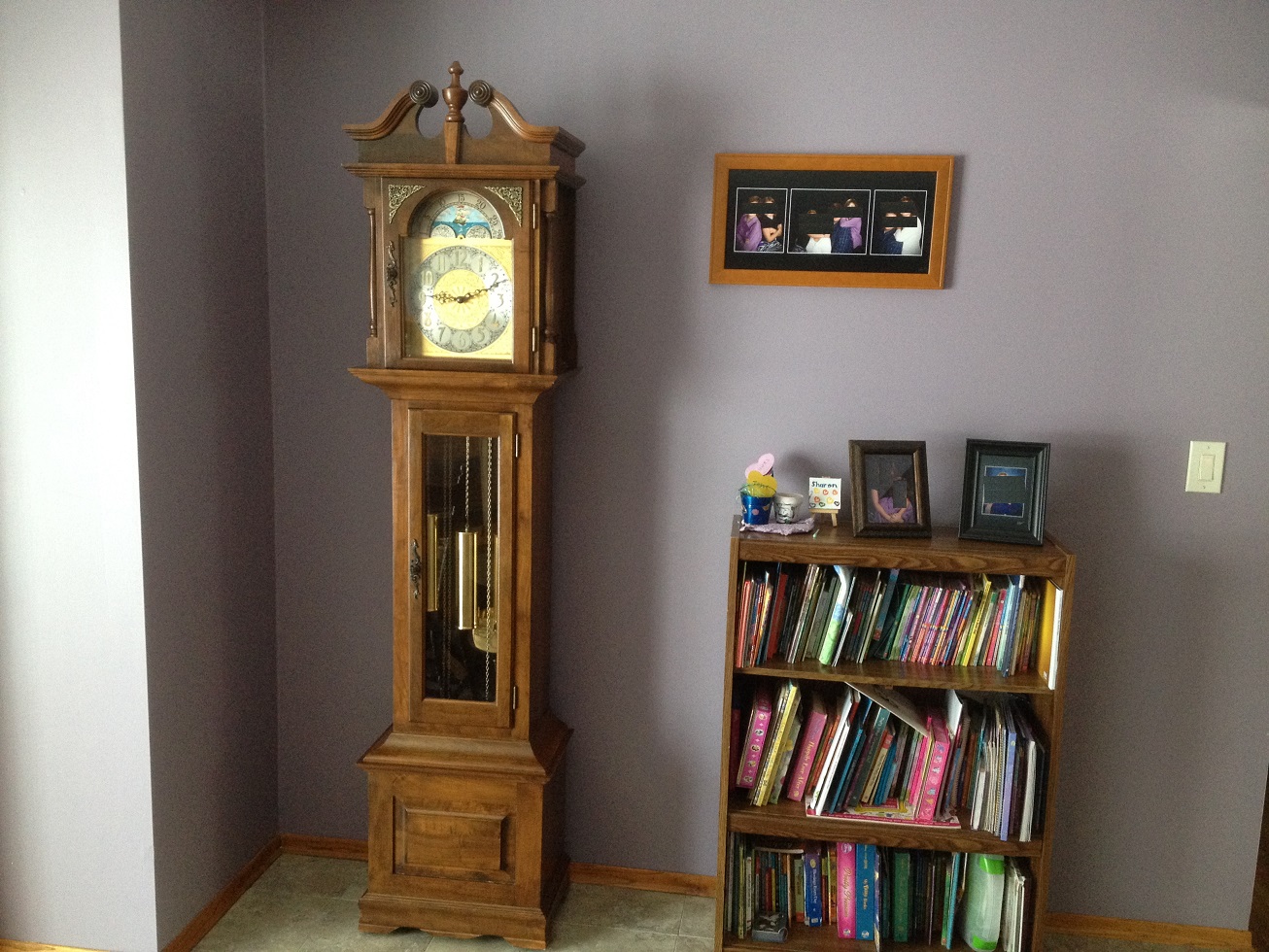 Update: 06-05-17
Still working great and it keeps pretty good time.  I have to adjust it 1 or 2 minutes every month or  so.   That’s about as good as I can get it which is probably pretty normal…..?